From the Archives: Not the Boy Family Knew

This was a story I did as a "cub reporter" for The Worcester Telegram and Gazette (T&G).

Not the boy family knew 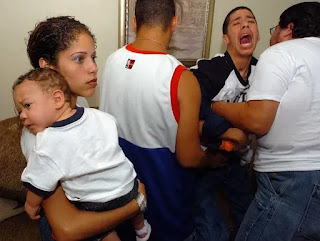 They miss the way he used to be. He was a different Pedro then. One they knew.

He was a clown, full of energy. Always tinkering with cars. Studying to be a mechanic. He played basketball. He was social, handsome, popular with the girls. Tall, thin, 135 pounds. He liked to wear earrings — hoops and diamond studs, mostly. Close with his two brothers — one younger, one older. His mother told them to stick together, called them The Three Musketeers.

These days, though, it’s hard to get a sense of any of that. Pedro L. Cuevas, 16, is a blank slate. Paralyzed. Mute. In a wheelchair.

His arms curl up to his chest, fingers balled into his palms. Legs are skinny from fatigue, feet turned in. Head cocked permanently to the right, mouth slack-jawed. He can’t interact with his family, and he’s never held his 8-month-old son, Ian Cuevas.

Pedro’s condition is the result of viral encephalitis, a virus-related brain inflammation that came on in November after an appendectomy at a Puerto Rican hospital.

Sometimes, though, he follows his family members with his eyes. He grunts. He moves his right hand a little bit and fidgets his feet.

All those things are an improvement. He didn’t used to do them. That gives his family hope.

“On the outside, those probably seem like little things,” said his mother, Nancy Matos, said as she tended to her son at a three-decker in Worcester’s Green Hill Park neighborhood. “But it’s a lot for us.”

And, they believe, those improvements will continue. To spur them along, the family plans to buy Pedro treatments in a hyperbaric chamber. On Aug. 12 at 6 p.m. they will hold a benefit at the American Legion Main South Post to raise money for the specialized therapy, which comes with a $7,000 price tag and isn’t covered by health insurance.

The treatments include 44 consecutive three-hour sessions in an oxygenated cylinder. Research has shown that it promotes the circulation of blood and oxygen in damaged tissue areas. The chance of full recovery, though, is slim.

“He could come back to us 100 percent, 50 percent,” Ms. Matos said, motioning to Pedro, sitting beside her on the couch. “Or he could stay like this.”

Ms. Matos’ life in the past nine months has been a cyclone of pain and uncertainty.

Last November, Pedro experienced abdominal pains. Complications arose after his operation: rashes, migraines, a 104-degree fever, memory loss and nonsensical mutterings. Then, a 23-day coma. When he woke up, he was not speaking and not moving.

In April, his family flew him to the continental United States in pursuit of more advanced medical treatment. These days, they’re staying with Pedro’s godmother, Iris Figueroa, in Worcester.

Pedro has regular physical therapy and has to be cared for as if he were an infant.

Ms. Matos bathes him, feeds him pureed food through a tube and shifts him from the bed to the wheelchair to the sofa — and back again.

“I do everything for him,” she said. “It has changed my life completely.”

Emotionally, it’s been an incredible drain. “It’s like you’re walking, you’re living, but everything’s destroyed inside,” she said.

“It’s been hard seeing my brother like this,” said Miguel Cuevas, 15, Pedro’s younger brother. “He used to be normal.”

Ms. Pacheco, meanwhile, has to raise her baby without a father.

The young woman said she loves Pedro and would like to marry him someday.

“I’m gonna be there for him,” she said as the curly-haired infant wriggled in her arms. “I wanna help him.”

Nearby, Ms. Matos motioned subtly to Pedro’s brothers. Without speaking, they lifted his stiff body off the couch and seated him in his wheelchair.

“We’re willing to do whatever it takes,” his mother explained as she adjusted his feet in the chair’s stirrups and straightened his T-shirt and jeans. “We’re willing to go to Italy, to Spain. We’re up for anything.”

She turned to Pedro, leaning close to her son’s narrow face.

He swallowed, moved his mouth and followed her eyes with his.

She gave him a wan smile.

Posted by Vercingetorix at Wednesday, April 27, 2022 No comments: 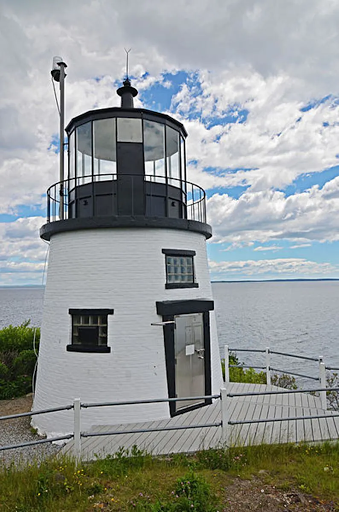 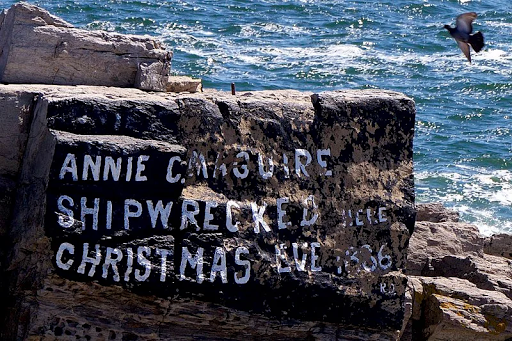 Thanks to Gilbert Alevaro for writing about my book, "Haunted Maine Lighthouses" in this HubPages post:

Plumb includes a source page listing additional reference material for continual research about New England Lighthouses. Maine includes sixty-five lighthouses along its coast. Click link for a detailed map view of them. The list doesn't organize them in alphabetical order or rank."

An excerpt on Prospect Harbor Light:

"Taryn Plumb includes a story about eerie crying and shouts for help echoing from the water. Auditory witnesses believe phantom revolutionary army deserters make the noise. Winter Harbor citizens hatched a plan against plunderers they called "harbor boys." They turned off all their house lights, and set-up lanterns against treacherous rocks. Fooled oarsmen deserters navigated their boats towards disaster. Winter Harbor had been raided by French soldiers and native Indians during The Queen Anne's War."

Thought-provoking, unique, and widely divergent photography at the Griffin 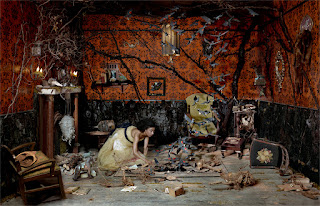 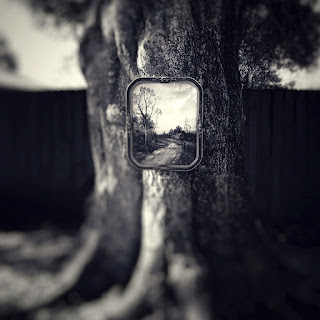 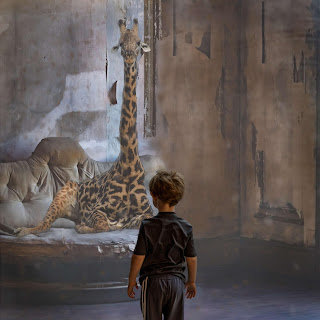 I was excited to write a piece for the July/August Artscope Magazine on the 27th Juried Expedition at the Griffin Museum of Photography in Winchester, Mass.
Check out an excerpt below. The included images, culled from hundreds, are at turns beautiful, frightening, surreal, starkly realistic, social, sensuous.
View them here.
**
UNIQUE & WIDELY DIVERGENT: THE GRIFFIN BRINGS THOUGHT-PROVOKING WONDER BACK TO PHOTOGRAPHY
by Taryn Plumb
A woman in a torn gauze dress crouches at center, holding an axe.
Around her, the room is a clutter of objects: A flock of birds flying out of a hole in the floor and roosting on the limbs of a tree emerging from the colorful fleur de lis wallpaper; a tiny rocking horse; a rabbit; a birdcage; an overturned chair; a hornet’s nest; candles, tattered books with broken bindings, animal horns, clumps of dug-up roots.
Dorothy O’Connor’s photograph “Passage” is rich with details; the eye is drawn everywhere, almost all at once.
(To read more, pick up a copy of the latest issue!)
Posted by Vercingetorix at Thursday, July 22, 2021 No comments: 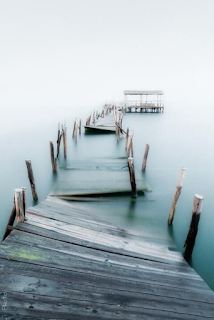 Well, it's been far too long since I last posted here. Which is not to say that I haven't been up to anything—I'm just not very good at self promotion (indeed, essentially a death sentence in this age).

But it's a new year, a new decade, (hopefully) a new era, so—for you two or three people out there reading this, that is—stand by for posts on recent work, upcoming work, and items "from the archives."

Posted by Vercingetorix at Wednesday, January 13, 2021 No comments:

Check out my latest feature in Artscope Magazine! Visit https://artscopemagazine.com for more features or to subscribe. 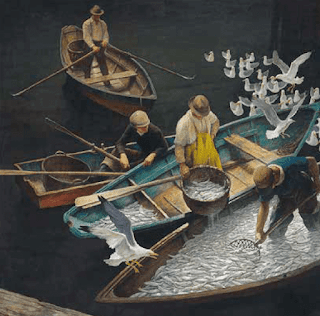 Boats both rowed and sailed converge on a distinctly Maine island: a hump of rock, with some scrubs of trees but mostly barren, a simple residence located at its central, northernmost point. The sailboats anchor in the turquoise sea; the rowboats dragged up by their mates clutter the drab sand of the shore; and several indistinct figures make their way to the house surrounded by a makeshift maze of stone walls, a muted, impassive sky above.
It is a crisp, solemn depiction, the island version of one of life’s few sureties — death.
But the 1939, egg tempera and oil on hardboard, “Island Funeral,” is also illustrative of its artist’s range of style and emotion. Described aptly as an “ideal marriage of illustration and modern painting,” it is one of the central pieces of “N.C. Wyeth: New Perspectives,” at the Portland Museum of Art. On view through January 12, 2020, the traveling exhibit is the first major retrospective of the artist’s work in nearly 50 years.
The patriarch of his artistically gifted family — most notably his son, the celebrated realist Andrew Wyeth — N.C. Wyeth was one of the most commercially successful artists of his time. Yet despite — or more likely because of — that fact, he was largely shunned by fine art institutions and traditional art critics.
And while some of his commissions, including those made for The Saturday Evening Post, the National Biscuit Company and Bank of America, have an unmistakably slick, commercial feel, the PMA exhibit depicts his diversity of style, tone and color, as well as his changing perspectives over the course of his life.
To that end, the show, that was curated by PMA’s Jessica May and Christine B. Podmaniczky of the Brandywine River Museum of Art, is laid out in five distinct chapters.
Born in Needham, Massachusetts, in 1882, Wyeth early became a pupil of Howard Pyle, who urged him to visit the American west for inspiration; indeed, Wyeth did, and spent his late teens and early 20s working as a cowboy moving cattle and doing ranch chores, while also visiting the Navajo in Arizona. In 1903, at just 20 years old, his first commission appeared on the cover of The Saturday Evening Post. “Bucking Bronco” was a rollicking depiction of just that, and Wyeth went on to do many more oil on canvases interpreting the wild, boisterous nature of the west.
In contrast to these were his Native American pieces of the same time period. For instance, “In the Crystal Depths,” portrays a solitary Navajo, head bowed, navigating an elegantly detailed canoe along a calm river, while “The Silent Burial” shows a figure standing solemnly, yet resolutely, beside a hole dug in the snowy earth; he wears only a loincloth and appears to be eyeless.
By 1911, the established illustrator began a series of commissioned pieces to accompany editions of classic literature. Most notable among these — making him famous, while also considered by some to be his best work — was a set for Robert Louis Stevenson’s “Treasure Island.”
To read more, pick up a copy of our latest issue! Find a pick-up location near you or Subscribe Here.
Posted by Vercingetorix at Friday, November 08, 2019 No comments:

Wow, well I certainly haven't updated this for some time...

Stay tuned for updates and links on my books and articles! In the meantime, DM me on Twitter, @taryn_plumb, for signed copies or any other info. 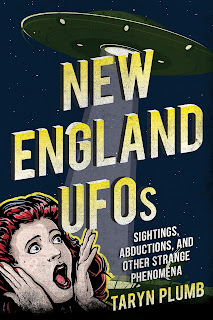 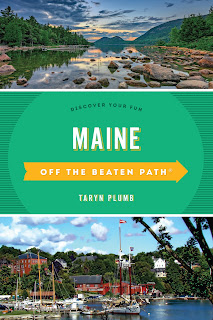 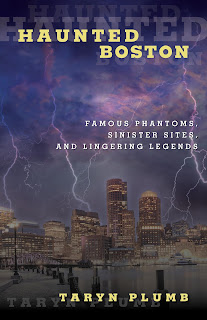 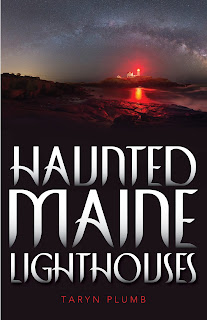 Posted by Vercingetorix at Monday, August 26, 2019 No comments: 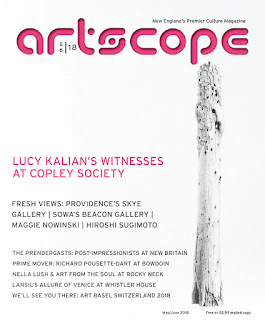 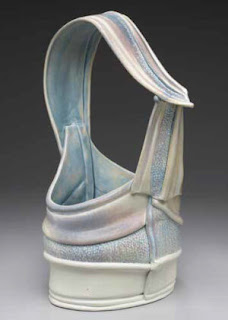 Molding Their Visions: State of Clay in Lexington

There are forlorn figures of bare-foot young women wearing insects as accessories.
“Wooden” Trojan horses with functional wheels.
A modern-day interpretation of Cerberus, the (typically three-headed) Greek hound of Hades bearing an inscription from Virgil,
“And his triple jaws forgot to bark.”
Varying in scope, size and subject matter, the unifying element of these pieces is one of the oldest artistic mediums known to humans: clay.
“What does clay say and where is it going?” asked Alice Abrams, exhibit co-chair and co-founder. “It keeps expanding in its creative reach and its ability to say different things.”
It’s a question that the Lexington Arts and Crafts Society has posed for more than 20 years.
The answer — resulting in 10 exhibits over the past two decades — has varied and evolved with the times, politics, popular culture and fashion. This year is no exception, with the 10th Biennial State of Clay representing everything from women’s role in society, to family values, to ancient archetypes; as well as the inherent beauty, versatility and classic function of the age-old medium.
One of the region’s foremost shows dedicated to clay, the Biennial features the work of 70 Massachusetts artists. It will be on display at the Society’s space in Lexington, Mass. through June 3; the exhibit will also feature an artist reception and talk with juror Emily Zilber on May 6 from 2 to 5 p.m.

To read more, pick up a copy of our latest issue! Find a pick-up location near you or Subscribe Here.

Posted by Vercingetorix at Friday, May 04, 2018 No comments: 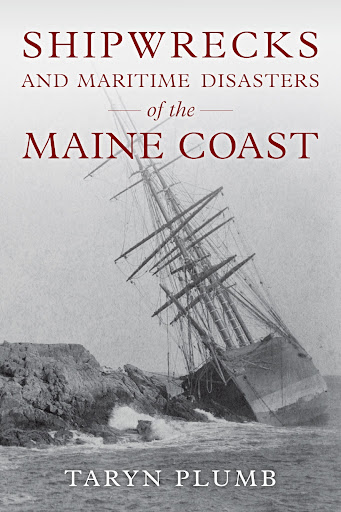 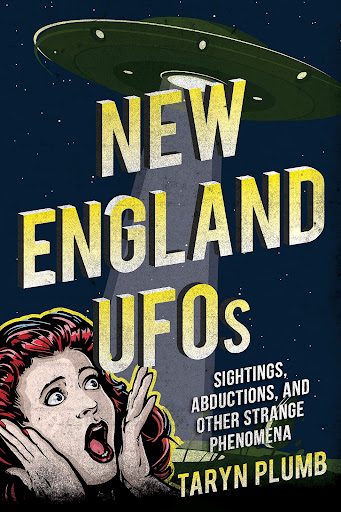